Now, personally I am a bit squeamish about eyes. Back in the day I wore contacts.

But just for a little while.

First, because I don’t like to touch my eyes or have them touched. That’s eyes, not eyelids or eyelashes.  Eyelids and eyelashes … fine. Eyeballs … not so much.

And second, because my eyes are kind of dry … at least a bit too dry for most contacts of the day back then. I frankly haven’t tried them in years.

Besides that, I am cross-eyed. Long story. Better left for another day.

Which brings me to today, at which point two people very close and very dear to me are both facing cataract surgery in the next few weeks. So there have been lots of discussions about eyes, cataracts, recovery from surgery and so on.

Then to top it all off, I saw an article online in which lots and lots of animals eyes were shown.

Now, I have gotten complements on my eyes my whole life. Except for the times as a child when I was teased for wearing glasses and being cross-eyed. But mostly my eyes seem to make people happy for some reason. Even if they are what I charitably call barf-colored eyes. A little bit of everything all blended together.

Then I started to think about the line … beauty being in the eye of the beholder. Which of course is a thousand percent true.

And I wondered, do animals gaze deeply into each others eyes? And are they attracted to eyes like people have been to mine? Or like I have been to others?

But mostly I was astounded at all the different types of eyes that exist on various animals, birds, fish and other creatures. Absolutely amazed.

So in honor of the two people about to have eye surgery … from someone who had eye surgery … twice … as a young child, I present pictures of the animals eyes.

By the way, if you click on one, you will get a much better, larger, more colorful shot. I just cropped them right around the middle for this gallery. 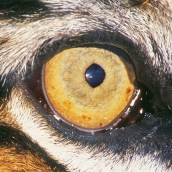 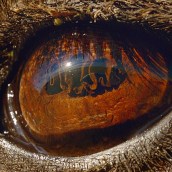 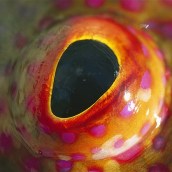 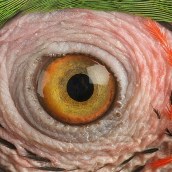 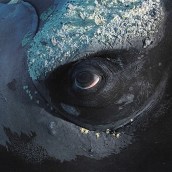