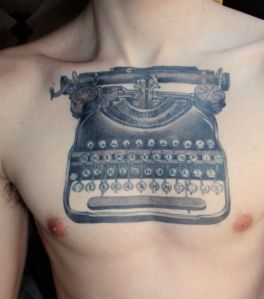 I didn’t think anyone could tell.

After all, we are so subtle about our enthusiasm for writing for this whole NaNoWriMo thing and all. Who knew they could tell?

In reading around the internet, I came across a funny post out in Barnes and Noble land.  It talks about how a person just might show that they are totally involved with this whole write-a-novel-in-a-month thing.

It made me laugh out loud, and we all know how much I like to laugh.

It was written by Molly Schoemann-McCann. and is entitled “10 Signs Someone You Know is Doing National Novel Writing Month”.

And once again, I would like to just click a button a re-blog it here, but it is on their official site.

I am going to do my best to recreate it here. Along with my own comments in reply of course.

Many of us who take part in National Novel Writing Month enjoy shouting from the rooftops that we’ve accepted the heady challenge of writing a 50,000-word novel during the 30 days of November—but others are more secretive about it. If you have a friend, coworker, family member, or other loved one whom you suspect has covertly embarked on the insane journey of thrills, heartbreak, and extreme writing speed that is NaNoWriMo, here are a few signs to watch out for:

1)  When you tell him a funny story over lunch about how your boss got his arm stuck in a vending machine, he cries, “Yes! I can use that!” and starts scribbling furiously on a napkin.

(because there is nothing like getting something positive from a bad situation, I say.)

2)  You get a late-night text message from her that says, “I need a sexy name for a gangster’s girlfriend. She’s a redheaded former spy-assassin from Chicago and she knows jiu-jitsu. GO!”

(and of course the NaNoWriMo Facebook pages and chat rooms are FULL of these questions if a partner is unavailable to help.)

3)  Sneaking up behind him while he’s on his laptop, you see that he’s googled the phrase, “tropical diseases that cause temporary blindness in pirates.”

(quote from the TV show Castle “There are two kinds of people who sit around thinking how to kill people: Psychopaths, and mystery writers. I’m the one that pays better.”)

(Drink Coffee … and NaNo On)

5)  She can be found on Facebook and Twitter at weird hours of the night and early morning posting things like, “1,837 words in an hour!” and “What’s another word for ‘burnished’?” and “Did Vikings wear bedroom slippers?”

(Hey, it’s legitimate stuff. Especially after a word sprint. Not that I would know or anything.)

6)  You turn over in the middle of the night and realize that your partner’s typing in her sleep.

(Ok. Now this one is spooky. I actually did dream … last night … that I was typing my NaNoWriMo story. Seriously.)

7)  During a heated argument, he tells you that your dialogue is weak, your motivations are unclear, your backstory is underdeveloped, and your plot is full of holes. Then, he tries to change your name to something that “works better in this story and fits your character more.”

(Oh, now that is hitting below the belt. On the other hand, it shows he is paying attention, right?)

8)  When you ask how her day is going, she launches into a rant about how hyphenated words apparently only count as one word, when clearly—obviously—they should count as two words. She then mutters something about how the hyphen is a “tiny bridge of lies and betrayal” and is “killing my productivity.”

(I hate when that happens. Of course a global search-and-replace, looking for – and replacing with a blank space will fix that. After all this is just a first draft.)

9) Right in the middle of a dinner conversation, he falls asleep…then immediately starts sleep-typing.

(Sleep typing … well … that would help me catch up on my Word Count now, wouldn’t it? Great idea.)

10) You hardly see her at any social gatherings during the month of November—and when you do, she looks exhausted, excited, determined, woozy, haunted—and yet also, somehow, like she’s in the middle of having the best time ever.

(Guilty as charged. Heck of a time to be trying to meet new people, eh? Oh well, the good ones will understand.)

Hope you enjoyed this as much as I did. And I did.