In my life recently I have met some very interesting people. Long stories best left for another time.

But this past summer, while visiting someone I’ll call Boat Guy on his boat in MD and then VA, I learned he was selling it to return to Florida. 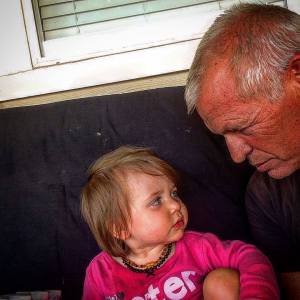 He sold it to this man. Boat Guy II aka Glenn Martin. A wanderer of the first degree. Retired from a worldwide career of more than I could dream.

No, I’ve not met him in person although we have chatted on Facebook a bit. I think he is now in Hawaii, by way of a tour on his motorcycle through the country. Not to be confused with his tour through the country coming out to get to the boat in the first place.

His boat is docked … waiting for the Spring Thaw and his return.

He wrote this the other day and I wanted to share it with you all. He graciously agreed. Here it is, as written.

It’s been a while since I have last exposed an area of my past which has directed my path. This one came to me as I was riding cross country, on the motorcycle. Sitting there, one can reflect on many things that have been “there”. Its like being in a film/music editing session that ends only with a stronger distraction.

Some have asked why I do what I do and live the way I do…..an explorer/nomad/gypsy/humanitarian.

WHY is such a big word. As soon as I attempt to explain, I realize I am in the wrong for attempting to encapsulate something so magnificent as my life. No, I am not attempting to say I have a glorious life that makes everyone else appear to have a mundane existence. This is simply, my life. I appreciate it. I have had it taken from me and returned, more than once. I think there is a pattern here! Having been taught and having learned is 2 different things.

When I was a child, my dad gave me a blessing I had forgotten/neglected/whatever. He continued the blessing for years, including when I was in my adult years and discovered later, he also continued when I was not present. He would kneel beside my bed and have his evening vespers/prayers/supplications. He was a humble man. I always imagined him as always being taller than me….even as I approached my adult years. It was not until I inspected photos, with the sole intention of seeing if he was the giant I imagined him to be, that I saw I was taller than him. I was surprised. Yet, I still do not feel bigger than him.

There were 4 occasions when I woke up and there was a rock under my pillow. It was not 4 nights in a row. It was over a period of time these rocks made their debut. I could not remember if I had gone to sleep with a rock in my hand or if the “tooth faerie” was playing a mischievous game with me. I have always been attracted to various rocks in a variety of settings and I continue to collect them, in my travels. Every stone tells a story.

During one of my visits to my dad, after I had grown up and began adult life, I was rummaging through some of the boxes of memorabilia from days gone by, and came upon a cloth sack with these rocks. I poured it out on the floor and instantly was pulled back to the place where each rock had come from. All except the 4 mysterious rocks that appeared under my pillow, in my youth.

I carried them into the room where my dad was sitting and his attention was immediately diverted to the 4 stones. He would look at the stones and then at me. Back and forth, this exercise went until I asked the origin of the stones.

He confessed, he was the benefactor. He reached out his gentle/weathered hand with an open palm and I placed the 4 stones in his hand.

He began to tell the story of the stones.

CURIOSITY
The blue stone is curiosity. I gave you this stone when you were 11 years old, just before your 12th birthday.

I wanted you to always be curious regarding every situation in life. Ask questions. If you must, at least ask yourself questions. Go ahead, open the door. See what is on the other side.

It is with this blessing, my dad would swim swollen rivers with me. He would inspire me to see what was downstream in life. Maintain a 360 degree outlook.
If there is someone you want to meet, meet them. Simple. No guile.

The blessing of the stone afforded the opportunity to pass through so many storms in life. Yes, there was destruction in the path. Many were hurt on this journey. I think that maybe it would have been much smoother, if I had paid attention to the attributes of curiosity.

ADVENTURE
The red stone is adventure. I gave you this stone 2 weeks passed your 12th birthday. (I remembered).

Adventure will take you to places you never thought you could arrive.
How true this has been!

My dad showed me it was okay to sleep out on the sand, at the beach with no sleeping bag or tent; only using a beach towel to cover up, so I could catch the first waves at sunrise. He would do this with me. He would go with me camping, into the wilds taking only a canteen of water, a fishing line/hook, knife and some matches. (we did it more than once)

He would facilitate me taking X-country trips, at the age of 16, solo.

When I would ask to try something that piked my curiosity, he would advise to look at all angles, including the cost before undertaking.

This blessing of adventure has been a part of my life, from the first moment of waking until sleep has taken control.

BOUNDARIES
The black stone is boundaries. Always respect them. Know if you breach a boundary, there will be a price to be exacted….it is life’s toll.

I knew what he meant. I have crossed some boundaries I wish I had never discovered. On the flip side, there are some places I never knew had a boundary. I found out that some boundaries are a false sense of entitlement, a mirage.

Learning to respect boundaries, is the ability to recognize the Power of the word NO. NO gives you options; where YES has just limited you.

Every decision exacts a toll from you, there is a price. Be prepared.

ATTRACTION
The green stone is attraction. It is life’s lure. It will pull things to you and you to things/people. Knowing we are known by the company we keep will assist in making decisions regarding our travel companions.

If there is someone who is holding you back from your life’s purpose, confront the person and inquire what is the direction they are going. If they are not there to make your journey the most life giving moment, it may be time to separate from them. Beware of allegiance with those who do harm to others. Your destruction is probably not far away.

He told me he wondered when I was going to come to him, with the stones. He was the best friend I ever had. We parted a few days after that, as I began a long journey. I never saw him alive again after that. He pressed on, to the next adventure.

What stones do you carry?