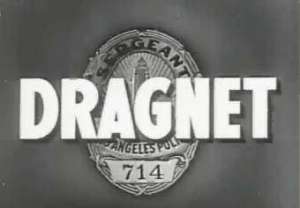 … Only the names have been changed to protect the innocent.

Yes, I know … this not exactly what was uttered at the start of the show, but it fits my diatribe for today.

These words … or a close facsimile of these words … were uttered at the start of each episode of Dragnet … whether it was heard on the radio or seen on the TV.

And I know for a fact that the entries I have done in the Happy Holly Project are both true and are based in truth.

This is the sad truth. All these stories, hijinks (is that a word?) and shenanigans (this is a word … something like malarkey) that I write about are true. They may be told in my own unique style with my own quirky outlook on life, but they are true.

I just seem to attract these people and situations … or maybe it is that I see them through a pair of strange not-so-rose colored glasses. Friends say I have been making folks laugh for years. It’s the optimist in me, I suppose.

A depressed optimist in the recent past, but an optimist nonetheless.

So, when I make the effort to do yet another nice thing for myself here in the house, it is absolutely the truth when I tell the quirky things that happen … and the joy that I get from doing those things.

Most recently, I am in the process of picking up all the loose ends in each of the rooms … curtains on windows … throw rugs on floors … and … pictures on walls. Or something.

My mind flashes back to twenty some years ago when I was newly moved in and had put my furniture in place, painted the walls … and precious little else. I was far more focused on my career at the time and not so much the decor of where I lived.

Two young men who were friends of mine stopped by to announce their new relationship and show off the most recent car one of them had just purchased.  Looking around the house, one of them proclaimed “This is really a nice place, but it so needs a womans touch.”

“Yes,” said the other. “You should let us decorate it for you.”

Flash forward to current times, and I am once more decorating my house … this time in the aftermath of both the end of a long time relationship with a hoarder … and the heartbreak of another breakup.

I am reclaiming my house.

For those of you who have seen some of the pictorial entries I have put out here, I will tell you … you should have seen the “before” when the hoarder lived here. I know there are some pictures out there somewhere in the bit bucket in the sky … but I’ve not yet located them.

So last night when I checked the shelf I had hung in the Living Room (now my Creative Space) I was pleased that it still was on the wall. The plan was to put the large wooden Chess Board on it … on the wall above the Antique Trunk that holds all my classic Board Games.

Somewhere in the middle of the night, there was a loud crashing sound from downstairs. And of course I assumed that it was the shelf falling. So rather than investigate I rolled over and went back to sleep.

Not only that, but when I went to the front porch room … the Sitting Porch … I saw that the small nautical item was sitting on the Loveseat … the one that had been placed on top of the window Air Conditioner … which was … not … in … the … window.

I walked over to the window and looked out … and there on the driveway below, was the window Air Conditioner … which had been in the window for about five years.

What were the chances?

So I came back inside and started to put the two cartoons in the new wooden frames I had gotten. Nice. Light wood. Matches the floor. Pretty. Cartoons. Matches my personality. Favorite cartoonists. And both are about Pittsburgh … my home town.

As I went to hang the second picture I noticed that the plexiglass in the brand new frame was cracked. Not sure how I missed that at the store. And they haven’t even fallen off the wall yet … or out of a window … or anything.

So tomorrow I will drive back to the store … return this frame … and get a replacement.

But while I am at it, I think I will get another matching frame.

This one for some of the quotes and pictures that friends have been sending me now that they know I am doing a little writing here. Not sure which one to pick from …

This one makes sense … like I mentioned earlier, all the stories I tell are the truth. They belong to me. I just might tell my stories. I wonder how many readers are sweating at this very moment about the last line in the quote?

How fortunate for me.

I should have discovered writing years ago. 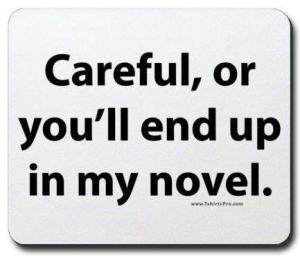 The story you are about to read is true …

Maybe I will frame all three.