Okay, how about “How could you do such a thing to me?”

Yes. That is better.

So I continued to flesh out the new story today. The one I feel more like writing. Loosely based on the story of three women of a certain age, all of whom find themselves single again.

Of course first there is a chapter to introduce each of the three friends … and how they found themselves to be single.

One, the wife of a chronic cheater who had just had enough.

One, who decided that years of a passionless marriage was not what she envisioned for the rest of her life.

One, who was starting a life with the man she had fallen deeply in love with, and who then was abandoned by him.

For those of you keeping track over there on my NaNoWriMo Meter, you will see that in addition to fleshing out a lot of the scenes and chapters I have also started to put some words to it all.

Not a lot of words, compared to some others, but words nonetheless.

Taking into account the fact that I was stuck on empty for several days before deciding to switch gear, the Word Count people at HQ estimate that I will be done with it all by somewhere around February 12, 2014.

But as a friend reminded me, I am doing this for myself not for anyone else. 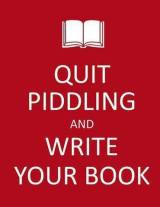