So. Today is Equal Pay Day. Or as the Twitterverse says #EqualPayDay

But it was a non-traditional job. And it was before the chart at the right. In other positions I would have been making $617.

It makes me feel good that we have fought the good fight in doing non-traditional jobs and allowing pay equity to start to kick in. And it has only taken forty years.

I just thought I’d show you some pictures and quotes. One of these is not like the others. Just sayin’. 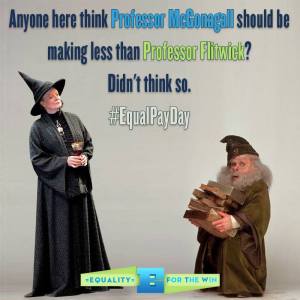 “We believe that actually having more regulation on employers is actually going to backfire and actually harm women and harm employees because there’s unnecessary burdens.”