And are I one?

I was doing some musing recently of what constitutes crazy. And then again, aren’t we all a little bit crazy from time to time?

Actually, I have been adding to this draft for over a month. Lots of raw material here.

Ah, It’s Great To Be Young And Insane

– Michael Keaton in The Dream Team

I was somewhere recently where the topic of “what is normal” was being tossed around. And by tossed around, I mean argued heatedly. Think The Dream Team.

At just the right time, a friend who also happens to be a psychiatrist walked in and someone asked him “So what do you think normal is?”

Without missing a beat he turned to us and replied “Normal is Average. And Average is Boring.” Then walked back out the door.

So I’m thinking Normal is in the head of he beholder, right? And my mind then wandered down the path to what exactly is insane?  Or sane?

Most folks would agree that hearing voices, seeing things that are not there, and homicidal thinking is not sane by definition. But then where else is the line drawn?

And at which point does a person go from being sane to being insane?

Is it something which is lost … like “I lost my mind”? Or “I lost my identity”?

And then later is found again … like “But she’s much better now”? Or “I have regained my identity.”?

Then does that count as being truly insane? Or just temporary insanity?

Or is it more like situationally insane? And is there such a thing as situational insanity? Or is that an oxymoron?

And then there is the whole matter of how all these things are perceived by others … professional or not. 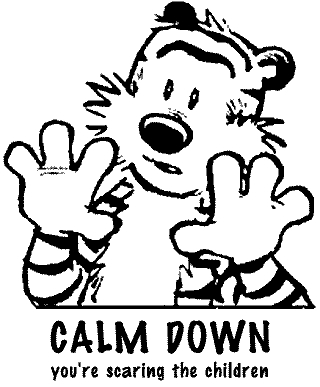 For example, a friend recently reunited with his birth mother.

Years ago the birth mother, in rapid succession, had several children.

All were deemed by her as cuter than all the other children on the planet.

As each reached the age of two or three … read: the point past which you can no longer keep them in a crib and throw a bottle in to them to keep them quiet … she gave each child up for adoption and continued to have children.

Who is crazier? The woman who gave away the children? Or the friend who reunited with the woman in hopes of finding love long-lost?

As many of you know, I began this blog as one of a handful of ways to grieve and heal after heartbreak. Early on, I was encouraged to get back into the dating scene again … and was told that the best way to get over one person was to … well … you know the rest of the saying.

I hear that normal people take a week or three … at most a month or three … to grieve a loss like this. But I have taken far in excess of that … although not quite a year.

Well, now that I think of it … yes it is a few days past a year.

So who is crazy? The person who stuffs their heartache and moves on in a month or two? Or the person who goes through it and takes far longer than normal?

Everyone knows the story of Charles Manson and how in the late sixties he led a group of impressionable young women and men into a cultish existence which he called his Family … culminating in much blood, multiple murders, and mayhem.

Well, as part of the story there was a certain motorcycle gang who was in a position to supply … products … to the Manson Family. Hearing about this I had learned two things. One was that the motorcycle gang, which I will not name here, was indeed the most notorious, crime hardened, vicious gang of its day. And second was that they referred to Manson as “that crazy f****** hippie out there in the desert”.

And last, but certainly not least, was the case of a computer geek friend of mine who decided to keep an online diary after a break-up. Kind of a private pouring out of pain and grief using modern technology as all geeks might.

And being a good geek, the page was not only hidden from the evil Google-bots, but also had invisible counter code which listed every time someone hit the diary … as well as  …

It even detected when a screening program such as Proxify was used.

And it said where the hit had come from … the general location of who was hitting the private diary.

And surprisingly enough all of the hits came from the very small town where the ex lived.

Yes, the “I never want to hear from you or know anything about you” ex. The “Leave me alone, you were never anything of importance to me” ex. The “If I live a thousand years I couldn’t care less what happens to you” ex.

And it’s not like this stuff is War and Peace or anything.

And you can imagine what my friend thought.

So who is crazy? The friend who used current technology to obsessively chronicle grief? Or the person, the ex, who obsessively hits the chronicle a hundred hits a day?

I think they deserve each other.

3 thoughts on “How Crazy Is Crazy?”