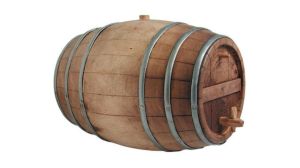 I saw this posted out on Facebook by a friend. And I laughed out loud.

The phrases “buttload” and “butt full of” and various others quickly ran through my mind.

Am I the only one laughing? Apparently not.

The imperial system is a funny thing. Like, really funny. So funny that there is actually a unit of measurement for wine (or whiskey) casks called a “butt.” That means if you fill the barrel up, you technically have a buttload of wine—though you’d probably just call it a full butt. Are you laughing yet?

So, “if you fill the barrel up, you technically have a buttload of wine”?

I was kind of thinking if you *emptied* the barrel you’d have a buttload of wine. But maybe I don’t understand Imperial Measurements and such.

This makes the second time in as many days as I’ve heard the phrase “Imperial System”.

The last time I heard it was probably in fourth grade.

Yesterday, there was a writer in one of the writer support groups I joined who was agonizing over whether to use Metric measurements since the story was international … or Imperial measurements and pander to the US audience.

And I thought it odd that there were only four countries … in the world … that still used the Imperial System of Measurement.

Liberia. Burma. The UK. (Of course. It *is* Imperial after all)

And us. The good old USA.

So what would constitute a butt load you ask? Well, according to the Macallan distillery in Scotland …

A third of a tun, 72 gallons, is a puncheon, and a third of that is a tierce.

Half of a butt, 54 gallons, is called a hogshead.

A boring old barrel is just 36 gallons, and a LOL-worthy kilderkin is 18 gallons.

The smallest unit is nine gallons, and it’s call a firkin, because of course it is. You can also call it a rundlet.

A Butt is half a Tun … but not half a Ton … which is more like what my butt looks like.

A kilderkin at 18 gallons is LOL-worthy … but killing your kin is not.

Then having a Barrel of fun would only be one-fourth as much fun as a Butt load?

And what’s this in the fine print about a Pipe? Pipes have been known to produce a Butt load of … lots of things.

The article does actually say “Butt actually comes from “botte,” a Medieval French and Italian word for boot.”

But how funny is that?

It then goes on to say things about the weight of humans in stones and the height of horses in hands. But I’m thinking that is a topic for another day.

For today, I guess I’ll just start on my journey toward fun.

Maybe, if I try real hard, eventually a butt load.