But I definitely was stalking something … on the road … with my trusty sidekick Texas Linda by my side. She thought this was a road better travelled by two, so off we went.

“That’s what I like about you” she said to me this afternoon. “You’re spontaneous.”

We cruised down the highway talking about future blog entries, not the least of which will be “How Crazy Is Crazy?”.

Plenty of raw material there.

And I think I might do an entire blog of Texas Linda stories. But that’s for another day.

Unable to take pictures of state line markers easily, as one whizzes past, we resigned ourselves to alternate Plan B.

In my travels this weekend … well, since Friday … I was reminded of trips from back when I was a child. Both my brother and I would sit in the back seat. And we each had bingo cards with little sliding plastic covers … and we would look out the window to identify the items on the card.

“I see a cow” or “I see a telephone pole” would ring out as we rode down the road. It was one way that we would pass the time until we got to our destination.

And another thing we looked for was license plates. A way to document your travels is to collect pictures of license plates from the various states and countries … and Linda and I were seeing plenty of states in our travels.

Now, reality is that some of the license plates were pretty funny, but since I already had a collection of pictures of those back home, I decided not to include them in the blog entry today, but got pictures anyway. That also will have to wait for another day.

All through this blog I am putting some of the pictures of states plates that we encountered. And we pretty much encountered plates from all up and down the east coast. No surprise there.

What was surprising were the ones from Ontario, California … Orange County no less … and Wisconsin. No, we weren’t in any of those states. Guess they were on vacation or something.

The “How Crazy Is Crazy” conversation started when we stalked our first plate.

Okay, stalking is probably a bit too severe of a word. How about “followed closely for a period of time in order to get a clear shot”. That’s a photo shot, of course.

I think one of the more stalker-like plates might just be the one New York plate we saw. Pretty. We didn’t have a New York plate. We weren’t in New York.

So we followed Ms. New York from a respectable distance, into the shopping center, down the aisle … and when she stopped and parked, we drove a bit further and parked the car.

Until she got out and went into the store. At which point Linda jumped out of the car … ran up to the vehicle and snapped the picture. And I like the good wingman that I am, started the car and pulled up so she could make a fast getaway.

Ohio was well represented, although we were not in Ohio, with a colorful plate, a Veterans plate and a Purple Heart plate. We did not check to see if there was a convention in town.

Now, keep in mind we weren’t doing anything illegal. After all, a license plate which is displayed in public does not have a reasonable expectation of being private.

But it was fun.

Actually, I am thinking we are out on a security camera there somewhere … but then I never did take a good picture.

I must admit I was a bit nervous as we snapped the US Government plate. After all, a G-10 is pretty high up there, right?

But the funniest situation happened when we came to a screeching halt in the middle of a parking lot.

So Linda jumped out of the car, camera in hand and hurried up to the front of the car in question. She raised her camera.

And saw the people.

All four of them.

So springing into action, she walked up to the driver’s door with a big Texas style smile on her face.

“Hi y’all,” she said enthusiastically. “We are just here taking pictures of license plates. It’s for a Comm Course I am taking at the local University…” I couldn’t hear the rest. Something about studying the likelihood of something or another.

She took the picture and jumped back in the car … after taking one picture of me nervously biting my fingernails.

“I can’t believe what a good liar I am,” she bubbled. “I just made all that stuff up off the top of my head. Did you hear what I said? I’m amazed.”

Now you would have to know that basically Linda does not tell lies. Not even little ones. Well, maybe little ones to get a grandchild to sleep, but other than that, this was unusual.

The enthusiasm continued over lunch. “I just am blown away by how good I was … I was such a good liar.”

I had to agree, she was fast on her feet.

“You know, I was such a good liar. I should have been a lawyer.”

I choked on my sandwich. I know some lawyers well. And they wouldn’t … oh never mind.

“I should have been a lawyer” she repeated. “After all, if I can convince four kids in a car off the top of my head … imagine what I could do with twelve people on a jury.”

She did have a point there.

Sometimes I worry about my friend. 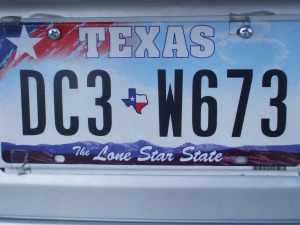